Home :: Insights :: Gamification Isn’t a Fad, Get Onboard Before it’s Too Late

Gamification Isn’t a Fad, Get Onboard Before it’s Too Late 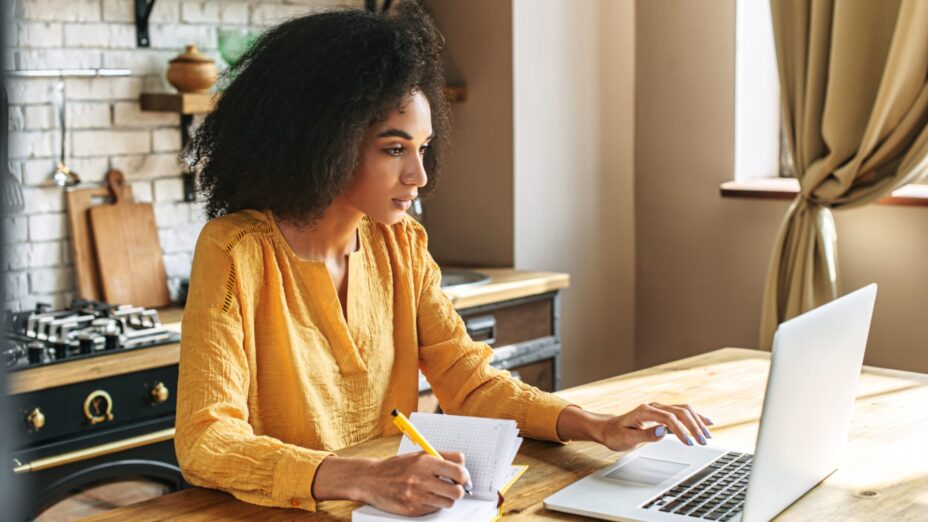 There are countless businesses trying to accomplish a myriad of unique goals. But they all have one thing in common–the desire to increase productivity. That could mean attracting more people to a website, making more outbound calls, or reaching new sales heights.

But regardless of the exact goal, companies are always trying to make improvements. To execute their respective objectives, businesses have started to turn to something called gamification.

The term itself is relatively new, but the idea driving it is nearly as old as mankind.

“Weight watchers, boy scouts and girl scouts, and military organizations have been using this approach to motivate people for a half century, a century, and millennia (respectively). Of course, in those days, engagement was limited to the physical world. What’s new about gamification is that by means of a digital engagement model, motivation can be packaged into an app or device and scaled to engage an audience of any size at a very low incremental cost.”

But yet, not everyone has been receptive to this idea. “As is often the case, some old guard companies will be blindsided by the transition to digitally delivered motivation.”

Change can be hard–and while it might create some awkward moments early on, companies that fail to adapt become cautionary tales and examples of what not to do.

1. Don’t be turned off by the term gamification

When people hear business and games in the same sentence, apprehension can naturally follow. After all, business operations are supposed to be professional, not something like snakes and ladders. If this tactic makes you uncomfortable, think of it as “behavior management” instead.

“‘Everybody wants to feel like they’re progressing…The goal is to make people do the behaviors you want them to because it’s what they want to do…’ Akeroyd stresses. The things that make games so compelling ‘can equally make employees, partners [and] customers addicted to your B2B or B2C offering.’”

Gamification is just digital employee motivation. While it’s presented in a game format, that doesn’t mean the principles behind it don’t work.

If your goal is to make your employees more productive, then why not make it fun?

While both have their merits, digital engagement is undoubtedly the present and the future of employee motivation. That doesn’t mean it’s necessary to completely do away with physical engagement, but rather that it needs to be supplemented. A celebration after landing a new customer, or a huge sale is a great way to reinforce employee habits. But it’s hard, if not impossible, to reach every employee with that type of engagement.

Sure, if everyone works in a 400 sq. ft office, it’s easy to walk over and give your top salesman a high five, or a pat on the back. That’s not a realistic scenario for most companies.

Also, while a crisp high five is great in the moment, that feeling is fleeting. With digital engagement, badges and achievements can be displayed for as long as the employee wants, or until the next competition period begins.

Gamification doesn’t work via magic. It “uses the same motivational techniques that have been around for centuries. Building self-esteem and [reinforcing] it with peer recognition is a powerful means of unlocking motivation.”

3. Make sure the achievements earned are based on skill

A perfect example is video games.

When Halo began taking over the online world, its developer, Bungie, had ranking systems figured out perfectly. They didn’t give out achievements based on an accumulation of time played or points acquired. To earn the highest ranking under the old system, you could only be regarded as a 50 (on a scale of 1-50) if you were one of the most skilled players in the world.

However, the new system, which other platforms like Battlefront and Destiny use, is an accruement of points. This means that the best player in the world might have the same rank as someone who’s awful, but just happens to spend eight hours a day online and gathering up minimal points in each game.

The same should be true of using gamification in a business setting. Rewarding employees only works if it’s done the right way.

For example, if an employee spends 2,100 minutes on the phone, but doesn’t actually sell anything, then that time was wasted. It’s vitally important to define what’s actually important before implementing a gamification system.

“Bragging rights can also be a motivator, especially when social media or a group environment is involved. ‘The more social an experience becomes, the more valuable [things like] lead access and reputation are,’ Says Scott Schnaars, director of sales for Badgeville.”

Creating achievements are fantastic ways to boost productivity, but only if other people can see them. If someone wins employee of the month, or a “Sales Guru” award, but nobody else knows about it, then there isn’t much of an incentive for anyone to work hard to get that distinction.

Bunchball: “To gamify a business process, organizations must define goals for users, tracker their behaviors, and reward them when goals are met. Bunchball, a gamification software developer, can do these things and enable users to compete for position on league tables, create virtual identifies for self-expression, collaborate as part of a team, and post comments or video on facebook and Twitter for rewards.

Tenfold Next: Tenfold already tracks every call to your CRM, helps you rapidly respond to incoming leads, and ultimately make more money. Tenfold Next expands the entire sales process and makes prioritizing opportunities much easier.

Not only will it make tracking emails incredibly seamless, but it also includes built-in leaderboards to track various teams, and allow you to see who’s reaching their goals, and who needs to ramp up their efforts. It’s currently in beta testing, but you can check out the future of the product now.

6. The results are real and proven to work

This is the most important aspect of gamification; does it work? The answer is an unequivocal yes. There are countless studies showing the benefits of incorporating digital engagement into the workplace.

In the case of Samsung, they used gamification to drive interest with their customers.

“Samsung, for instance, mixed frivolity with serious business initiatives when it created the social loyalty program Samsung Nation through behavior platform Badgeville. The purpose? To grow its user-generated content and traffic on its global Web site. Fueling competition, the game lets users level up, unlock badges, and gain subsequent rewards and recognition.”

While the results are easy to see, the argument could be made that the only reason productivity increases is because everyone’s track record is now incredibly transparent. But that doesn’t seem to be the case, as Omnicare found out.

“‘I was struck by [a comment] made by one of my overnight technicians,’ remarks Tim Deniston, help desk manager at Omnicare. ‘He said, “Bossman, I’m so excited. Every night I come in, I can’t wait to see what my badges are.” Competition is another thing that can come of this. You hear chatter like, “I just leveled up for this particular badge.” It’s very valuable.”

This is the point of gamification; “It gets people excited.” If people care about the badges and achievements they’re unlocking, then they’ll look forward to their work, and be more motivated to come in and do their job well. While no two companies are exactly the same, gamification can be applied to every business with a product; and if you don’t adopt the practices now, your company could be playing catch up in a few months. 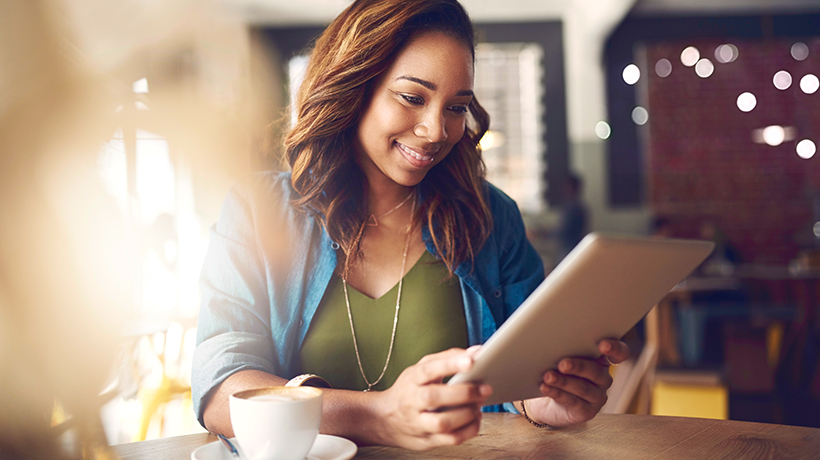 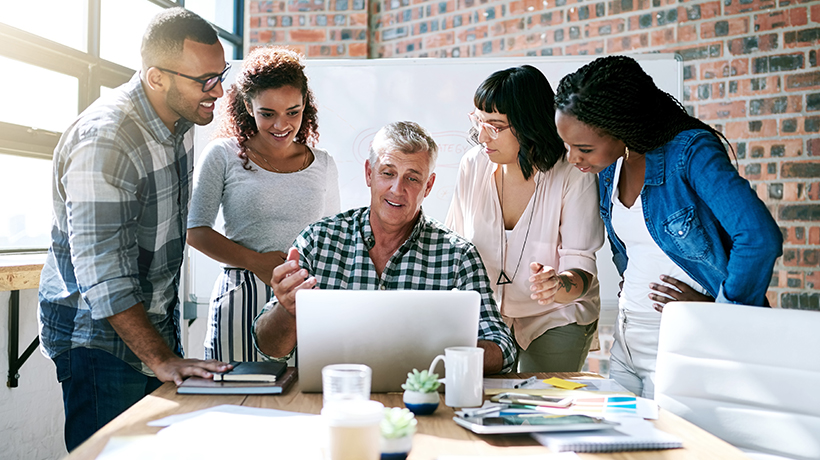 From times immemorial, stories have been used to pass knowledge and wisdom through the generations. Using stories for eLearning (or… 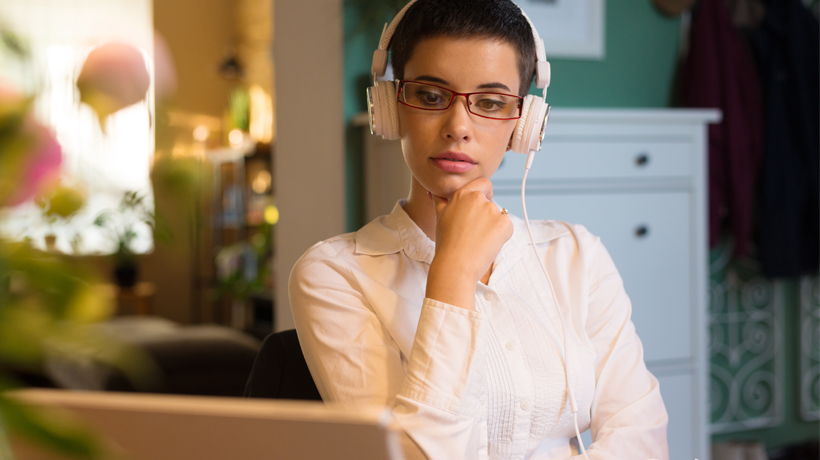 If you are looking at integrating video-based learning to create high-impact training in 2020, read on! In this article, I…

How To Measure The ROI Of Online Training? 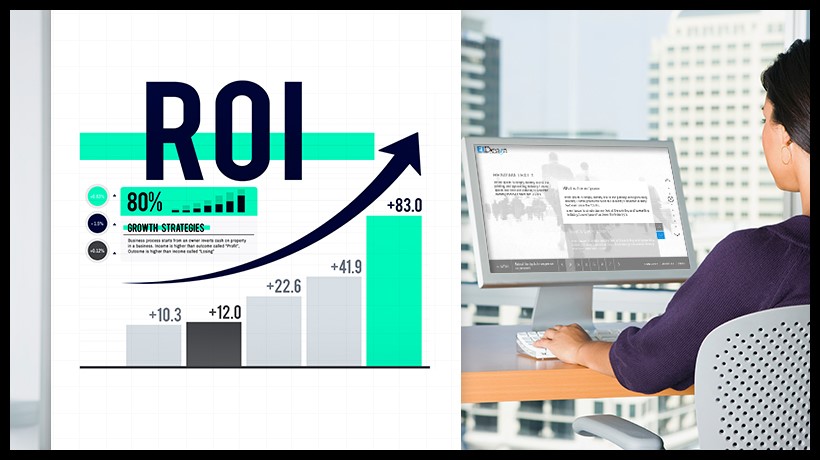 Today, most organizations use eLearning as a significant part of their training delivery. As traditional eLearning moves towards mobile learning…